How to prevent and cure most DPF Problems on modern diesel cars.

A quick search on Google for DPF Failure or DPF Problems returns a huge number of results, all largely from owners’ forums, motoring organisations and car magazines and all in relation to various problems with the Particulate Filters fitted to Diesel vehicles with many of them requiring expensive dealer rectification or worse still, a complete replacement.

This problem is very widespread, and is not just limited to one or two makes of vehicle, it encompasses all vehicles sold in the UK since 2008 / 2009, (Some larger engine and 4×4 cars had DPF’s from 2004) and all fitted with DPF systems, no one vehicle is largely immune from the reliability issues.

Since March 16th 2014, it has become illegal to remove or delete a DPF (Diesel Particulate Filter) unit on any vehicle in the UK, or at least it would be more accurate to state that it has always been illegal to remove or circumvent the factory fitted particulate filter however it is only now that it is actually being checked and enforced as part of the UK’s annual vehicle inspection on cars over three years old.  Some countries in Europe already have stiffer penalties in place, and carry out far more detailed checks, and have done for a  few years. 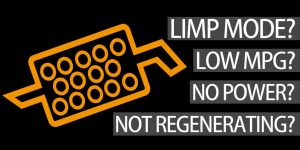 18 the UK MOT has also become more stricter, requiring the vehicle to now pass the smoke test level to which it was originally certified too. This makes the already illegal practice of removing the DPF and even defeating the EGR Valve even more detectable.

So, if you vehicle is presented for an MOT / Annual Inspection and the inspector believes that the diesel particulate system has been removed, reprogrammed or otherwise bypassed then your vehicle will fail the MOT test until a time when the factory standard DPF is back in place.

So far, this MOT legislation involves only a visual check by the MOT inspector to ensure that a factory fitted DPF is still in place on vehicles which had them fitted at the factory, so for those who have had their DPF filters removed, hollowed out, and then resealed and refitted *may* have a stay of execution, in that with the (empty) DPF can still in its rightful place, the removal of the filter honeycomb inside may go unobserved.

However, its only a matter of time, before the MOT in the UK becomes as strict as those in Germany and other European countries. Devices do exist which plug into the vehicles diagnostic (OBD) port and read information from the ECU.

Using one of these tools in the UK as part of the MOT test, could easily detect the absence of the DPF innards, and also the fact that the ECU has been reprogrammed to bypass its DPF Regeneration program, resulting in an MOT failure, and this technology, which is already available in Europe could be introduced into the UK MOT test at any time in the future.

Therefore if you still have the intention of bypassing a vehicle DPF in this manner, then I would advise that you perhaps think again, as a new DPF can cost anything upto £3000 to refit, should new MOT rules force you to do so.

The news in relation to the new MOT legislation will probably be both unwelcome and come as quite a shock to many drivers, who, over the last seven years have removed or bypassed their troublesome DPF systems, and are now faced with with having to pay anywhere between £1000 and £3000 for the DPF system to be re-fitted and the ECU set back to its factory default or face MOT Failures or even possible prosecution in the future.

It will also be potentially bad news to buyers of second hand diesel vehicles, who will have to take care that the bargain which they are buying, is not being sold so cheaply, because the previous owner had removed the DPF previously and is selling their car cheaply in order to cut their losses and passing on the problem!.

It is unfortunate that both the Government and VOSA have adopted this knee jerk stance towards enforcing DPFs, because the removal of such systems have generally only been undertaken by vehicle owners as a last resort, simply because they have read horror stories that DPF’s are proving to be less than reliable and that many other owners have been faced with prematurely large repair bills to fix or replace DPF systems on vehicle of relatively low mileage.

It would have been far better for the Government to tackle the problem with the manufacturers rather than penalising the owners with this MOT based legislation. If DPF’s are fitted to vehicles and have to remain in place by law, then an equal level of protection should also be levied on the Manufacturers and guarantee’s should be offered on these systems against failure for a reasonable period of time.

This point isn’t reinventing the wheel, since in parts of the United States, Emissions levels in some States are far more strict that in the UK & Europe, however there is also a good degree of protection afforded to the consumer, as all emissions related components have to carry, by law a full 80,000 mile / 8 year guarantee, and so if any of the many ‘bolted on’ emissions control equipment fails within this period, American customers can claim a full no quibble replacement at the cost of the manufacturer, and rightly so.

At the end of he day, if the Manufacturers don’t have enough faith in their DPF products to back them with at least the same level of Guarantee as exists in the United States, then there shouldn’t be a compulsory requirement for them to be fitted to every vehicle on the road, until this agreement has been reached.

At least one well known car manufacturer, The VAG Group, have issued a DPF bulletin that says that if it is believed that the Customers’ driving style has contributed to any failure of the DPF system, then it will not even consider replacement under the usual vehicle warranty period.

This could potentially leave the owner with a bill of £2000 for a car which is still under warranty and has only covered a low mileage, if it is decided that driving style contributed to its demise. Perhaps its unfair to give the manufacturer sole control over the decision making process in relation to reaching such a conclusion, since they clearly benefit from ruling in their own favour!.

It would be far better for the Government to tackle the growing number of DPF longevity issues, rather than prosecuting the motorist, whose only crime is to remove a part, which, (given the number of issues found from any random internet search), seems to be proving to be not fit for purpose.

There is also the question of just how ‘green’ the DPF is in the first place. Yes, it is undeniable that the DPF system does filter out soot and particles which can allegedly be hazardous to health in urban areas of high pollution.

However on the flip side, for the DPF Filter to regenerate itself when it becomes blocked, requires the car to be driven on a fairly long journey at continuous motorway speeds. So you would have to consider, how, taking a car on a non purposeful journey on a routine basis for no other reason than for one of its components to service itself in a world of dwindling oil resources and already congested roads, is good for the Environment ?.

No doubt that we will soon see a time, when diesel car owners all ceremoniously take to the roads at the weekend for a long motorway drive, just so that the “green” devices on their cars can service and reset themselves, and that would be a ludicrous scenario in a world which constantly lectures us against making needless journeys or excessive vehicle use!.

However given the current instances of Yellow DPF warning lights advising the motorist to make such a journey in their vehicle soon or face a repair bill running into thousands if it is ignored, is my point really that far fetched?.

So currently, the best advice I can give, is that until the DPF reliability situation improves, a potential car buyer should avoid buying any modern diesel car which has a DPF fitted, especially if they don’t do regular motorway trips and high annual mileages.

Unfortunately, with the new legislation now in force, it is no longer possible to buy a modern diesel car with an advance intention of removing the DPF filter or to program it out, as this will be detected upon the next MOT, and may also leave you uninsured or open to prosecution in the event of an accident.