Advice on Buying a Used Diesel Car – The appearance of the Diesel Particulate Filter has made buying a second hand used diesel car a minefield.

Because the Diesel Particulate filter is considered to be a consumable and therefore outside of the usual warranty cover (Unless you live in the U.S) it can mean that this expensive potential for failure is not even covered if you buy from a dealer or a used car showroom. 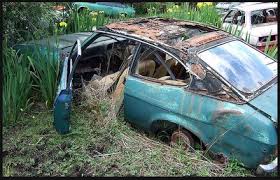 Prior to the DPF being fitted to all new diesel cars since 2008 (Some manufacturers fitted them from as early as 2005), finding a low mileage older diesel car was considered something of a bargain, however these days, a lower than average mileage DPF equipped vehicle should best be avoided – let me explain why.

Modern Diesel cars with DPF’s are now only recommended for drivers who cover at least 15k miles per  year, ideally on motorway (highway) based roads. This is because the DPF system needs to regenerate itself on a regular basis (often at least once every 300 – 500 miles) and to do this, requires a set of criteria to be met, a criteria which can only be achieved if the car is being driven above 50mph (90 kph) for a prolonged period on a fairly regular basis. Generally in the UK, the only place you can maintain these types of speed for 20 – 40 minutes is on a Motorway.

Finding a car with a below average mileage for its age would suggest that the previous owner(s), rarely used it on long journeys and it probably was only used for driving slowly around a town or in stop-start city traffic, directly in conflict with the driving style recommended by the majority of diesel car manufacturers, and the use which is likely to make the DPF block and fail due to excessive soot and ash loading, prematurely.

For this reason, avoid “low mileage bargains”, because what may be a low mileage engine, could easily cost you well into four figures for a new DPF as it will probably already be severely blocked, and you could be inheriting a problem child with expensive demands.

Our advice on buying a used diesel car is to make sure that the service history is accurate and the car has been serviced within the recommended intervals, also check that the car has been given the correct (low ash) oil. Avoid cars which have been serviced at typical drive in “quick service” outlets as there is a huge chance that incorrect oil has been used at some point, since due to its expense low ash oil is not generally stocked or routinely used. If in doubt make sure you supply your own oil!.

Check the vehicle exhaust outlet for signs of soot, and run your finger around the inside of the outlet. A car with a correctly working DPF should produce no soot and so the exhaust outlet should be soot free. A dirty finger indicates the presence of soot, and this means that either the DPF is faulty and will need replacing (Big Money) or worse still that the DPF has been bypassed or the internals knocked out, which in the UK and Europe is illegal and now an MOT (inspection) failure.

Many early DPF equipped diesels had their DPF filters removed (because of the frequent & expensive problems that they caused) this was normally done by removing the DPF, cutting a hole in the case and removing the internals before re-welding and refitting.

In March 2014, making these modifications became illegal and an instant MOT failure, it may also void the insurance cover and make the vehicle unroadworthy under “construction and use” laws all of which can leave the owner open to prosecution as well as effectively being uninsured.

It is therefore vital that you avoid any vehicle where you suspect that the DPF has been modified or removed, and because such modifications may not be visible it may be wise to pay for a third party inspection before buying the vehicle, just to cover yourself.

A DPF is also a consumable, and just like a timing belt, it will eventually reach the end of its service life and need to be routinely changed, when the level of ash reaches a certain point. Our advice on buying a used diesel car is because a replacement DPF can cost between £1000 and £3000 it is important that you check the current mileage of the vehicle, and the recommended DPF replacement intervals in the vehicle manual.

Most DPF’s need to be changed every 100k to 120k intervals, but some can be as low as 70k to 90k. Do you really want to be buying a High Mileage car which may need a £2000 ‘service’ soon to replace its end of life DPF system?, well when the DPF reaches a certain mileage / condition, that is exactly what you may be facing, so our advice when buying a used diesel car is to factor this into the price.

It is also worth remembering that DPF systems can be problematic and can and do fail prematurely before these normal replacement milestones, depending on how they have been driven and used by previous owner(s). Either way, if you are considering buying a diesel car which is close to approaching its DPF replacement interval then you should factor this into the price if the current owner / dealer cannot provide proof that it has already been replaced, and when it was done.

If buying from a dealer who is offering a warranty on the vehicle, then don’t just assume that the DPF system is covered, in most cases it isn’t, in fact some manufacturers don’t even include them in the standard warranty.

Ask for a list of exactly what is covered, and if the DPF isn’t included, then the warranty isn’t going to be of much use as the DPF is perhaps the most expensive part of the car after the engine itself, and the component which is also more likely to fail than anything else, so either negotiate DPF cover, a discount for future DPF problems or better still walk away and consider an older non DPF car, or a  petrol.

When selling a used diesel car with a high mileage which is close to the end of the DPF’s expected life cycle in the manual then you should also factor in that the new owner will be buying the car on the basis that they could very well be facing a £1000+ bill in the future for replacing the DPF, and you should expect an offer which reflects this.

So, the DPF will negatively affect the residual value of your car, whether you buy new or used, the higher the mileage the more likely the DPF will need to be routinely replaced as a service consumable.

If you are still intent on buying a used diesel car ensure that the Glow plugs are all working, and the car quickly reaches its operating temperature, the car should also idle smoothly from cold and not appear to be lumpy. Failed Glow plugs and Thermostats are the biggest cause of failed regeneration attempts which in turn can cause the DPF’s to fail and need replacement. A lumpy engine from cold, also could indicate a blocked and failed EGR valve, again a cause of premature DPF failures.

However probably the best advice I can offer, is to avoid any new diesel car which has a DPF fitted, and instead choose an older pre-DPF diesel, as they were far more reliable before they started bolting emissions based crap onto the engine block!. Always a problem when you start letting tree huggers design cars, rather than engineers!.

However, if you do decide to buy a used diesel car with a DPF, it is important that you service it and look after it to prevent expensive problems biting you in the future. Once bought, make sure that you get it serviced using low ash oil, and also pay for the EGR Valve to be cleaned at the earliest opportunity – which is often the underlying cause of DPF Blockages.

Avoid using the car for short journeys and school runs (the type of journey where the engine doesn’t get to its normal operating temperature), ensure that you routinely take the car for at least one blast at above 50 mph (90 kph) for at least 20 minutes every few hundred miles of normal use, in order for the DPF to regenerate.

Using a DPF Cleaning additive which is added in small amounts to every tankful of diesel fuel is also a good idea, and isn’t expensive.

12 Responses to Advice On Buying A Used Diesel Car