Whilst many car owners believe that the Diesel Particulate Filter is covered under the original manufacturers warranty, more and more car manufacturers are treating the DPF as a consumable, and often blame the driving style / use of the vehicle for the failure of the particulate filter and therefore wiggle out of the very expensive repair, or at best only contribute a small amount towards the cost as a “Goodwill” gesture. Given that a DPF on most modern cars can cost £1500 – £2000, a small amount of contribution in cost from the manufacturer doesn’t really make a dent. 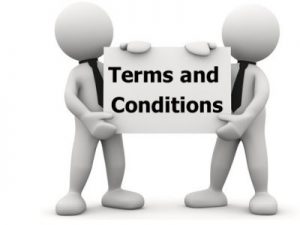 Manufacturers such as Toyota and VW do actively state that their warranties do not include the DPF System, whilst other manufacturers generally treat it on a case by case basis, but refusal to carry out replacement under warranty generally seems to be the exception, however the goodwill payouts do seem to vary. Skoda, it seems do seem to be the best in this respect.

However, regardless of what the manufacturer / dealer says in relation to a DPF repair under Warranty, you may be able to push the matter further by using a little known protection, called The Consumer Rights Act (previously known as the goods and services act). I have listed below, my own tips in relation to escalating the matter with the dealer / manufacturer and therefore maximising the financial contribution that is given towards the replacement of your Diesel Particulate Filter (DPF).

The Consumer Rights Act, is legislation brought in to protect the consumer, in the event that the product purchased does not appear to be fit for purpose, and unlike the manufacturers’ warranty it covers the customer for up to 6 years after purchase, it also prevents the manufacturer from wiggling out of paying for failed parts within a reasonable period, and its my belief that a major emissions control part, should last a reasonable amount of time – at least for the period offered by all manufacturers on their standard vehicle warranties.

Obviously the closer your car is to six years old, the less the manufacturer / dealer will be expected to contribute financially to any repair, however you stand a very good chance, of getting a large percentage or even the full amount covered, the newer the vehicle is, and the odds are in your favour if the car is still under its original manufacturers’ warranty. The only onus is that you can prove that throughout your ownership, that you have used the vehicle ‘properly’ – generally proof that its been serviced on time and genuine parts used – ideally by an authorised dealer, is more than enough to satisfy this aspect of bringing your complaint.

So, here is how to try and claim for a replacement DPF under the Consumer Rights Act.

Write to the Dealer, and send a copy to the UK office of the manufacturer. Detail your complaint and make it clear that you believe that a major emissions component crucial to the legal running and emissions classification of the vehicle under the construction and use regulations should be designed to last at least for the duration of the vehicle warranty* / Six years of normal domestic use* (* Delete as applicable depending on whether you are bringing the claim on a vehicle whilst still under its manufacturers’ warranty or the six year period extended by the Consumer Rights Act).

Another important factor (assuming that you bought the vehicle from a main dealer) , is whether you were advised at the time you were considering purchasing a Diesel car, that you were expected to cover a certain annual mileage, or have a driving style which was suitable for the car, did the dealer also expressly point out that the Diesel Particulate Filter would be excluded from the vehicle warranty before the sale was completed?.

If the Dealer did not do this, then the whole basis of your complaint should be that these factors should have been stated to you and your use of the vehicle ascertained by the dealer prior to purchase. Be entirely truthful in your claim, but If the dealer genuinely didn’t do any of this, then make sure that you empathise in your letter, that you believe that the dealer failed to exercise a reasonable duty of care at a pre-sales level, in order to ascertain whether a modern diesel car was suitable for you and your lifestyle, and that they also failed to give you crucial information in relation to the expected use and operation of the vehicle in order to allow you to make an informed choice as to the suitability of a diesel car for your lifestyle / use.

Search Google and Owners’ forums for people having the same Diesel Particulate Filter problems on the same vehicle make and model as yours, and owners’ forums can be a good source for finding this material – The more complaints that you can find the better. Print out a random sample of these, and include them with your letter, on the basis that you are supporting your complaint based on the fact that the number of DPF problems are so numerous and widespread that you believe that the Diesel Particulate Problem is a manufacturing defect, and not isolated to your vehicle or down to your driving style.

End your letter, stating that unless the matter is resolved to you satisfaction then you are considering bringing a complaint against them under the Consumer Rights Act as you believe that the DPF has failed prematurely and therefore is not fit for purpose.

What to do if the Manufacturer / Dealer still refuses to repair the Particulate Filter under warranty.

Hopefully, you will get a letter back, either agreeing to replace the DPF at their cost, or at least stating that they will contribute a sizable chunk of the repair bill. However, some may play hardball and stand their ground, stating that the Diesel particulate filter is a consumable item and therefore not under warranty, and the older the vehicle is, the more likely this is.

However, if this should happen and the response from the Manufacturer and Dealer is negative, don’t be put off at the first hurdle, contact The Consumer Ombudsman  and also The Motor Ombudsman with the details of your complaint, enclosing copies of the letter that you sent to the Manufacturer / Dealer and also a copy of their reply.

Do you finance your car?, if so the finance company are jointly liable with the dealer / manufacturer in resolving this for you, so contact them if this is applicable, ( Tip:- Finance can of course also mean using a credit card to leave a deposit on a recently purchased vehicle!)

Finally, don’t underestimate the power of media and Social Networking, so make sure that you voice your disappointment on the Facebook / Twitter accounts of the Dealer and Manufacturer. Also consider writing to the Sunday Papers, as many of these have a Motoring Page and invite readers to write in with their problems.  Don’t forget to leave a review on the car that you have purchased, and the Honest John website is a good place to do this.